Podcast: What are the pandemic implications on the nation’s wealth and how may future taxation play its part? 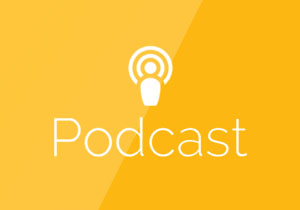 The UK has been left with a huge debt burden in the wake of Covid-19. It’s likely that changes to the UK’s taxation policy will form a large part of the government’s response to the pandemic, rather than cutbacks to public spending.

Here are some key points from Martyn and Gill’s discussion:

The introduction of a possible Wealth Tax

A Wealth Tax has been on the cards for several years. However, it has always encountered some stumbling blocks.

The Institute for Fiscal Studies is currently undertaking a Wealth Tax review to look at how such a tax could be implemented. Due in December, the report could have lasting implications for the way we pay tax in the UK. As a result of the country’s large budget deficit, it’s likely that this method of taxation could have more traction with ministers that it has had on past occasions.

A review of Inheritance Tax (IHT)

Prior to the pandemic, the Office for Tax Simplification (OTS) made some recommendations about the future of IHT. It was widely expected that some of the recommendations could be introduced in the Spring Budget, but it now looks likely that they will be unveiled in Sunak’s Autumn Statement.

The OTS suggested that rather than gift exemptions, there could be one larger annual gift allowance of £30,000. Gifts over £30,000 could be taxed at 10% or 20%. Gill explains how this could change the way that people transfer money to younger generation

As it stands, there are a different set of rates for CGT and Income Tax. This used to be the case prior to 2007, so it will be much easier for the Chancellor to reintroduce. We explain what these changes might look like and how it could affect taxpayers’ financial future.