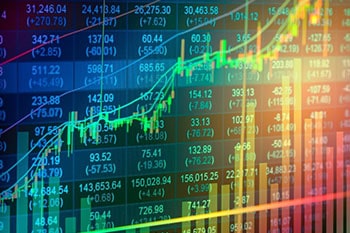 We have finally arrived at the half-way point of what has so far been a quite depressing year in terms of investment returns. June was, unfortunately, unable to provide much solace for well-diversified investors, as almost every bond and equity market suffered further falls. Remarkably perhaps one bright spot is China, whose stock market has recovered much of its 2022 losses, rising over 22%* in only two months as COVID restrictions have eased, and the outlook has improved as the Government persists with economic stimulus while most of the rest of the world's central banks are doing just the opposite.

While the UK stock market appears to have escaped the worst from the perspective of market falls, as I have claimed before in this commentary, investors' portfolio experiences may not have reflected the headline performance of an index. There are pockets of rising prices in most markets, but they form a relatively small minority. Of the 600 shares in the UK's FTSE All-Share Index, 91 companies' prices have risen this year, but 509 have fallen. On the other hand, the US equity market is now officially a 'bear', having had its worst first six months performance in more than 50 years and down more than 20%. Contrarily, the weakness of the pound has meant that UK investors saw their US holdings typically fall by less than half that because each dollar now buys 10% more pounds than it did 6 months ago.

June saw further falls in bond prices as yields rose to align with expectations of yet higher interest rates and this has had a more negative effect on lower-risk portfolios, in particular, than investors might care to expect.

This period is unprecedented - I do not use that word carelessly - and indeed historic. The Bank of International Settlements claims that much of the world's economies now have the highest debt, fastest rise in house prices, most rapid economic slowdown, and rapid inflation increase, in history. However, the saving grace for long-term investors is that this is utterly abnormal, and now reflects central banks' coordinated efforts to stop inflation in its tracks by aggressively raising interest rates. Markets fear that this will exacerbate lower growth expectations and possibly induce a global recession as consumers cut spending, thus depressing companies' earnings. Prices have fallen to reflect that.

Skilled investment managers think rather less about where markets were, but where they are. That sounds trite, but if you were prepared to buy an otherwise quality company's shares when they were 20% higher than they are, wouldn't you be keen to add to your holdings at these levels? Looking at world markets today, most are valued well below their 30-year average. Even in the US - where I would argue some technology companies' shares remain expensive despite large falls this year - many large companies are 'cheap'. One measure of value is to see how many years' worth of future earnings it would take to buy all the company's shares today. This is usually simplified by dividing the current share price by the company's earnings per share, i.e. it's total earnings divided by the number of shares in issue, and is known as the price/earnings ratio, or P/E. Over the last 70 years, the S&P 500 index had an average P/E of around 19. In December 2020 it was a stratospheric 39, but is now estimated at 21. However, that is an average of 500 companies, and there are many companies whose P/Es are now less than 13, i.e. very cheap compared to history. There are of course probably companies there who deserve to be cheap, but for an increasing number of these so-called 'Value' companies, their price falls appear to be rather overdone and present excellent opportunities for future above-average performance.

This is a pattern emerging in other major markets too, most importantly in the UK and Europe, and our research team has expanded its efforts to identify managers who are gradually realigning their portfolios toward those 'Value' companies in developed stock markets.

Finally, let me share a positive statistic. Over the past 60 years, whatever the depth of an intra-year market fall, by year end the UK market was always higher than that low point. That even applies to its worst ever year, 1974, when the market was down over 50% at year end. Anyone who exited in despair subsequently felt far worse regret as in 1975 they watched the market rise 105% in 3 months, and over 140% for the year.** Patience in investment can be tough to exhibit, but it generally pays off in the long run.

The value of investments and the income from them may go down as well as up and investors may not get back any of the amounts originally invested. Because of this, an investor is not certain to make a profit on an investment and may lose money. Exchange rate changes may cause the value of overseas investments to rise or fall.

This communication is for information purposes only. Nothing in this communication constitutes financial, professional, or investment advice or a personal recommendation. This communication should not be construed as a solicitation or an offer to buy or sell any securities or related financial instruments in any jurisdiction. No representation or warranty, either expressed or implied, is provided in relation to the accuracy, completeness, or reliability of the information contained herein, nor is it intended to be a complete statement or summary of the securities, markets, or developments referred to in the document. Any opinions expressed in this document are subject to change without notice and may differ or be contrary to opinions expressed by other business areas or companies within the same group as Ascot Lloyd as a result of using different assumptions and criteria.