Now and then: How have our finances changed since the Queen ascended the throne? 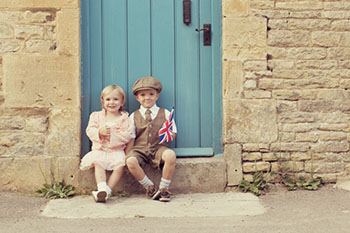 As the nation celebrates the Queen’s Platinum Jubilee, we look back on the last 70 years to find that some things have changed drastically when it comes to money – but some really haven’t.

The more things change, the more they stay the same. The Queen has seen 14 prime ministers elected during her reign, enormous technological advances and plenty of periods of stability and volatility. Yet it just so happens the biggest crisis facing the country at the time of her Platinum Jubilee is more than a little comparable to the biggest crisis when she took the throne in 1952.

Politicians and ratesetters the world over are grappling with a cost of living crisis caused by a destructive global pandemic and a conflict in Europe, with inflation in the UK currently standing at 9%. This is almost identical to the 9.2% inflation in Britain when the 25-year-old Princess Elizabeth acceded the crown following the death of her father, George VI.

Though the backdrop in 1952 was a different beast altogether, World War II, the inflationary impacts weren’t dissimilar.

Like today, despite the high inflation, interest rates were still reasonably low at 2.5%, though they did jump to 4% shortly after the Queen began her reign. Those who believe history repeats itself will take solace in the fact that a year later inflation dropped to 3%. It then remained below 5% for the remainder of the 1950s and the entirety of the 1960s as the UK economy prospered.

For better or worse?

Money is also a different beast today, both how people make it and how they spend it. In 1952, 40% of full-time employees worked in manufacturing and the annual salary averaged £452 for men and £240 for women (£9,696 and £5,149 in today's money). Now, the average salary is £31,772 and wholesale and retail trade and healthcare take the lion's share of full-time workers.

Smoking was extremely popular in the 1950s, commanding 6% of household spending. Fast forward 70 years and wider social awareness around the dangers of smoking means just 1% of spending now goes on tobacco. The same can’t quite be said for alcohol, however, whose portion of household spending has only declined slightly in 70 years, from 3% then to 2% now.

In 1952, a pint of milk cost 4p. Today it is 69p, a 1,725% uplift. Seventy years ago, there was a radio licence costing £1 per year, while those who also had a TV had to pay an additional £2. Today, TV licences cost £159, though it remains to be seen whether they will outlive the Queen as the debate continues about their relevance in a new world of abundant streaming services.

The 1950s were a decade when the automobile industry started to find its feet, but it was still a luxury to own a car. If you did, the cheapest one you could get in 1952 was a Ford Anglia, setting you back £310, which is £10,703 in today’s money. Today, 77% of households in the UK have at least one car and the cheapest model brand new will cost you £11,810, the Kia Picanto.

Fit for a Queen

It will come as a surprise to few people to know the market which has outpaced nearly all others since the Queen ascended the throne is the one that captures the most attention: real estate. The Queen began her reign at the time of a major house building programme through the UK. 70 years on, the need for new housing stock has only worsened, which is reflected in values.

The average price of a home in the UK in the first quarter of 2022 was £260,771, according to Savills, whose analysis has calculated this is 130 times higher than when the Queen first came to the throne, or almost four times higher when accounting for inflation. The average house price on 6 February 1952 was a mere £1,931, which is about £56,000 in today’s money and means annual house price growth has averaged at 2.2% above the rate of inflation since 1952.

This figure is skewed by the six periods through the Queen’s reign when annualised price growth exceeded 5% in real terms. While the house market began to accelerate through the 1960s and 1970s, the first pronounced period of sustained inflation-adjusted house price growth didn’t arrive until the 1980s, ignited by Thatcher’s introduction of the Right to Buy and MIRAS.

The longest and most unprecedented upswing in values spanned from shortly before Tony Blair became prime minister in 1997 right up until he handed over to Gordon Brown a decade later, during which the average loan to income ratio increased from 2.3 to 3.1. Of course, just months into Brown’s premiership the wheels fell off the property market causing the global financial crisis. Yet the undersupply of housing stock continues to make for a robust market to this day.

How has the Queen benefited? Very well indeed, as shown in the price appreciation of her royal palaces including Buckingham Palace, Kensington Palace, Hampton Court Palace and Windsor Castle. The following valuations for 1952 and today are from recent analysis by GetAgent.co.uk.

Kensington Palace was purchased by the Royal Family in 1689 for £20,000, which adjusted for inflation equates to £5.4 million in today’s money. Today it is valued at £465 million, representing an 8,495% increase in value in the 333 years since it was bought by Queen Mary and William III.

Hampton Court Palace was built in 1514 for 200,000 crowns, which adjusted for inflation equates to £57.6 million in today’s money. Today it is valued at £1 billion, representing a 1,635% increase in value since it was built.

Originally a military base, Windsor Castle was developed into a palace in 1350 at a cost of £50,000, which adjusted for inflation equates to £60.7 million in today’s money. Today it is valued at £497.5 million, representing a 719% increase since it was developed by Edward III.

If you think a member or your family or a friend could benefit from independent financial advice, please contact your Ascot Lloyd financial adviser; they would be happy to start a conversation and begin creating a sensible, long-term financial plan.

Additionally, if you have any questions about your own financial plan, your Ascot Lloyd adviser would be happy to help; please contact them in the usual way.

You can also get in touch via the contact form below or the telephone number at the top of this page.

This communication is for information purposes only and is based on our understanding of current UK tax legislation and HM Revenue and Customs (“HMRC”).  Levels and bases of taxation and reliefs are subject to change and their value to you will depend on your personal circumstances. Nothing in this communication constitutes financial, professional or investment advice or a personal recommendation.