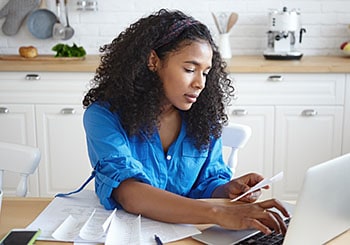 A perfect storm of economic factors have contributed to the sharpest drop in living standards in decades, but opportunities are available to ease the growing strain on your daily expenditure.

UK households are deep in the midst of the biggest cost-of-living squeeze in more than half a century. Inflation hit 6.2% in February as price hikes spread from what began predominantly as an energy crisis into other crucial areas such as food, clothing, furniture and household goods.

The economy has experienced a perfect storm of challenges. The Covid-19 pandemic blurred the effects of Brexit, though the former undoubtedly caused the most drastic impact on global supply chains. Unprecedented stay-at-home mandates, deployed through varying degrees of severity for over a year, caused labour and materials shortages which spiralled across sectors.

An economic rebound and oil and gas price rises through 2021 saw economists predict inflation would peak in April 2022, when Ofgem hiked the energy price cap. But Russia’s invasion of Ukraine intensified the crisis, driving record prices at petrol stations. The OBR now forecasts inflation will peak at 8.7% in October when Ofgem increases the energy price cap once again.

Various tax raids to help reduce some of the debt the government took on to fund its extensive pandemic relief packages have only compounded the strain on living costs. This month’s 54% hike in the energy price cap coincides with a 1.25% increase in National Insurance and dividend tax. Chancellor Rishi Sunak resisted calls to abandon the increase in his Spring Statement, though he did raise the threshold at which NI is paid while also cutting fuel duty by 5p per litre.

His critics claim this is nowhere near enough intervention to tackle the biggest real-terms fall in incomes since the 1970s, not least because another of Sunak’s tax hikes announced last year – freezing income tax and capital gains tax annual exemption thresholds until 2024 – remains in place. A typical household's income will fall by £1,000 this year, says the Resolution Foundation.

The UK isn't the only country grappling with a cost-of-living crisis. Euro zone inflation surged to 7.5% in March, with the peak expected to still be months away. And in the US, inflation climbed to a 40-year high of 6.4% in February. Although energy is the chief culprit in all affected countries, inflation is also now widely evident in food prices as well as services and durables.

The Bank of England has responded by voting in three consecutive monetary policy meetings to increase interest rates, with the latest rise returning the base rate to the pre-pandemic level of 0.75%. This means homeowners on tracker or variable rates are experiencing rising costs in yet another area of their lives, and there is growing demand for fixed products over longer periods.

“Just in the last month we’ve seen five-year fixed rates that were as low as 1.5% but now they’re over 2%,” says Marie Dalrymple, Independent Financial Adviser at Ascot Lloyd. “The expectation is that interest rates will rise further so people are looking to lock in for a minimum of five years now. I even have some clients looking at ten-year fixed rates. There aren’t many lenders that offer that, but you might find that more do in the coming months due to demand.”

Soaring bills tend to hit low and middle-income families the hardest, but pensioners and those approaching retirement are also facing a conundrum. If essential expenditure is higher than they previously anticipated, how does this impact the income required for a comfortable retirement? It is wise to ask your financial adviser to utilise one of Ascot Lloyd’s cash flow modelling tools.

Already there are worrying signs that some people are accumulating credit card debt to maintain their living standards. UK consumers borrowed a net £1.5 billion in February, a record amount and over three times higher than the average in the prior six months, the Bank of England said. A financial adviser will present more sensible options to people worried about the cost of living.

One opportunity that a growing number of over-55s are embracing is equity release. Amidst the widespread economic volatility over the past couple of years, property prices have continued to grow firmly and consistently. House prices in February were 14.3% higher than the same month last year, increasing at the fastest annual pace for more than 17 years, according to Nationwide.

An equity release loan unlocks a tax-free lump sum of a home's equity while ensuring 100% of the property remaining with the owner. This makes for an effective way of raising money for retirement without having to downsize or move to a less expensive area. “We’re seeing a lot of interest in equity release as house prices are still increasing pretty steeply,” says Dalrymple.

Equity release lending activity in the UK totalled £4.8 billion in 2021, six times greater than in 2011, analysis by the Equity Release Council found. Product choice has more than trebled in the last three years alone, climbing to 665 in January. Homeowners withdraw £125,000 on average, as a single lump sum or via incremental drawdowns, equivalent to more than seven years of a pensioner’s typical net income and nearly four years for the typical pensioner couple.

Last month, the Equity Release Council added the ability to make partial repayments penalty free to the standard features that equity release providers must offer on schemes it recognises. This means equity release customers can reduce their borrowing if their circumstances change, and could also increase their chances of still being able to leave behind a traditional inheritance.

Supplementary income through the cost-of-living crisis has joined the more traditional lures of equity release in recent months, including helping children onto the property ladder or saving on inheritance tax. As a member of the Equity Release Council, Ascot Lloyd offers independent advice on all aspects and has semi-exclusive access to some of the lowest rates on the market. 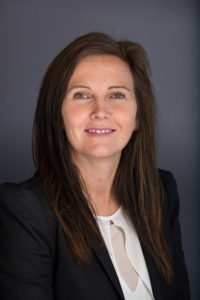 “With £1 million added to the value of UK housing every minute last year, the options afforded by property wealth will feature in many people’s thoughts as they make financial plans for the future,” says Equity Release Council chair David Burrowes. “As we move into an environment of growing cost-of-living pressures, the importance of rigorous advice will be greater than ever so that decisions to release equity continue to provide long-term satisfaction as well as short-term relief.”

This is just one way which could help ease the strain on people’s living costs. An independent financial adviser can assess your individual financial circumstances to build a robust retirement plan, taking into account the full breadth of implications including tax planning and inheritance.

The emphasis of such will always be on long-term planning. There are peaks and troughs in any market, and though the current cost-of-living crisis may result in some short-term pain, financial planners are well versed in the bigger picture. Indeed, while further inflation is expected in the coming months, the Bank of England then anticipates it to fall back materially. Your financial adviser will help you understand the challenges and opportunities in the meantime, and beyond.

This communication is for information purposes only and is based on our understanding of current UK tax legislation and HM Revenue and Customs (“HMRC”).  Levels and bases of taxation and reliefs are subject to change and their value to you will depend on your personal circumstances. Nothing in this communication constitutes financial, professional or investment advice or a personal recommendation.

Your home may be repossessed if you do not keep up repayments on your mortgage. Equity release isn’t right for everybody and every home, so it depends on you and your circumstances.