Women grasp the wheel on their financial journey 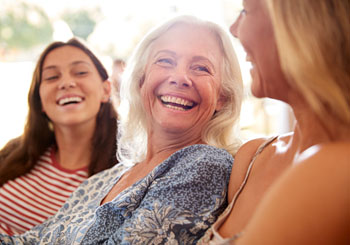 The relationship between women and money has evolved drastically over the last century. On International Women’s Day, we look at the impacts of growing female financial independence.

Women have increasingly emerged from the shadows to grasp control of their financial destiny. You needn’t go back more than a couple of generations to a time when it was normal for men to take charge of financial affairs. Women were not only expected to be paid less in their own careers, if they had one, but also to take a more passive role in financial planning for the future.

This was reflected in regulation. Up until 1977, for instance, married women could opt to pay a reduced rate of national insurance, on the basis that their husbands earned more and wives would be provided for in their retirement by their husbands. They therefore had no need to have pensions of their own. And in many ways these outdated assumptions live on, along with the legacy of female separation from managing money. In a study by WealthiHer Network, three quarters of all females surveyed lacked financial confidence. However, the cogs of change are spinning at an accelerated rate.

More women are pursuing financial independence than ever – and, while a lot of work is still needed in smashing glass ceilings and closing gender pay gaps – they are succeeding. Research by the Office for National Statistics on behalf of Royal London found that women out-earn male partners in a quarter of households, up from a fifth two decades ago. And according to Aviva, 42% of people with an ongoing relationship with a financial adviser in the UK are now female – and it’s growing. 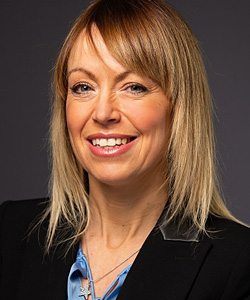 Helen Richardson“Years back it was very much the case that the majority of our clients were husband and wife, and the husband was the key point of contact,” says Helen​ Richardson, Independent Financial Adviser at Ascot Lloyd. “There's been a definite shift because I now have lots of very financially independent female clients who may or may not be married but, irrespective, they take firm control of their financial affairs, be that retirement planning or general savings outside of pension. In husband and wife partnerships, more often now both sides are actively involved.”

The gender pay gap, while more narrow today than it has been previously, has enduring repercussions on retirement planning. As pensions are generally accumulated as a percentage of employment income, clearly if women are paid less they are likely to have less in their pension pot when they reach retirement age. In the UK they typically live four years longer than men yet have 51% less in retirement savings, according to last year's Global Women and Money Study.

This is just one example of how women can have different financial planning needs from men. Being more likely to have fewer retirement funds than their male counterparts, may impact their capacity to take risks, as they are more protective of the funds they have saved. 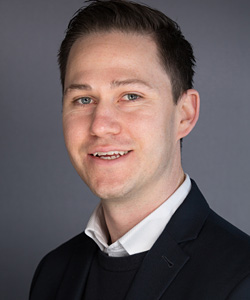 William Diggins“It's a generalisation to say all women are lower risk takers, but certainly looking at my clients I would say that in 90% of male-female couples, women do have a lower appetite for risk,” says William Diggins, Independent Financial Adviser at Ascot Lloyd. “However, slowly I am starting to see that change as it becomes more common for women to be the higher earner. While on the whole men’s savings are still greater, younger clients are definitely on a more level playing field.”

“It’s no coincidence that the younger generation of females are also, then, significantly more concerned about financial planning. They want to be involved. They want to understand where their money is held, what the plan is and what happens if the future doesn’t go according to plan. However the higher appetite among women to talk about protection, seems to be cross-generational, which may say something about a woman’s instinctive need to feel protected if the worst happens. I've also noticed that women tend to be more interested in ethical and socially responsible investing.”

While women are undoubtedly becoming more financially independent, starting a family is still a barrier to achieving better gender parity in terms of retirement savings. Though shared parental leave is growing in popularity, it is still the case that women are far more likely to take a career break when having children or move to part-time work while raising a family. Both of these can not only cause women to miss out on promotion opportunities, but also affect pension savings.

The People’s Pension Report 2021 noted ‘regret’ among female respondents who had not taken into account the effect of such factors on their pension pots and, subsequently, on their financial wellbeing in retirement. They may have had no choice but to work part time, but by taking advice from a financial adviser they would have been more aware of opportunities to plan better.

For example, when women are on maternity leave and their employer pays pension contributions via salary sacrifice, the company is obliged to maintain those contributions through the period of paid absence. If you can afford to up your salary sacrifice before going on maternity leave, it is a way of ensuring that taking the leave has a more positive effect on your retirement. 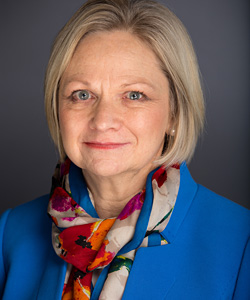 Caroline Castle“It's something we always encourage women to do,” says Caroline​ Castle, Corporate Financial Adviser at Ascot Lloyd. “Over the course of my working lifetime, I've been encouraging women to make sure they have their own money and independence and they know what they're on track to achieve. Quite often they have more making up to do if they take time off to have children, or work part time, but I tend to see that, once they've recognised their goals, women are a lot more focused on their own financial security. It’s crucial they realise just how important their own financial security is.”

Though the younger generation is bringing more financial independence and security for women, it is also introducing greater complexity for everyone. Historically a couple’s financial assets were most likely to be formed predominantly of a defined benefit pension built up by the man, who worked for the same employer his whole life, and probably a single property. Today, with women and men more likely to have their own careers, changing employers every couple of years, and possibly with multiple properties, there is a more multifaceted financial situation.

“The complexity is significantly higher today,” says William Diggins. “Women not only have more assets of their own, but they are more aware of their need to become involved in financial planning and to have a contingency if things go wrong. Contrast that to the older generation of clients where generally their needs are a lot more straightforward, and it’s easy to see why people should be now engaging with a financial adviser at a younger age. Amidst a more complicated landscape with property and tax planning and inheritances and protection, they can run the risk of being overwhelmed without support.”

The simplest way to achieve the right strategy is to engage with an expert as early as possible, to understand your options and plan effectively. Please contact your Ascot Lloyd Independent Financial Adviser who can outline how you can leverage the opportunities available to ensure your long-term financial independence and security, and maximise your retirement planning.