Autumn Budget 2021: What it means for you

With the dust having now settled on chancellor Rishi Sunak’s Autumn Budget, unveiled on 27 October, what are the key implications on your wealth management and financial planning? 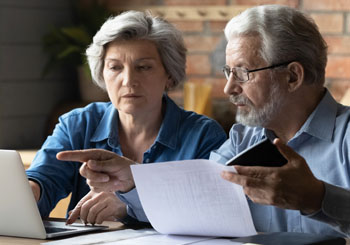 ‘How will it be paid back?’ It has been a common question since the emergence of the Covid-19 pandemic. While lockdowns were reducing tax receipts, the government was pouring vast sums into the NHS to fight coronavirus and seeking to protect the economy through initiatives like the furlough scheme. In the 12 months from April 2020, the government borrowed £299 billion, the highest figure since records began. It’s no surprise, then, that many expected the Autumn Budget to include raids on the likes of pension tax relief, capital gains tax and inheritance tax.

It didn’t happen. Instead, the chancellor Rishi Sunak spent. Whitehall departments received a £150 billion rise in overall spending over the course of this Parliament, with increased funding practically across the board including schools, housing, courts and prisons. Further still, Sunak now plans to reduce taxes during the rest of this Parliament, which is scheduled to run to 2024.

The feel-good narrative around the Autumn Budget shouldn’t fool anybody into forgetting that taxes are in fact already rising, however, as per announcements earlier in the year, both literally and in stealth. In the Spring Budget, Sunak froze the thresholds at which income tax is paid, and the capital gains tax annual exemption, up to 2026. Inflationary increases and pay rises will mean a rise in income tax and capital gains tax in this time. In September, the government then announced a 1.25% tax hike, initially as an increase to National Insurance contributions in the 2022-23 tax year, before becoming a standalone 'Health and Social Care Levy' from April 2023.

Dividend tax will also increase by 1.25% from April 2022, meaning pensioners who rely on supplementary investment income will not escape the tax raid. Perhaps most importantly, according to Ascot Lloyd Independent Financial Adviser Mark Rodgers, the chancellor’s commitment to reducing taxes by 2024 doesn’t mean there won’t be more tax raids before then.

“The most notable takeaways from the Autumn Budget were what wasn’t in it rather than what was,” Mark Rodgers says. “I was expecting more aggressive and punitive measures. The massive central government spending, on top of the existing borrowing, has got to be paid for. But just because they didn’t go for pension tax relief or capital gains tax doesn’t mean they won’t. It’s likely they didn’t do it now because it could be very damaging economically, but it is still looming.

“The Health and Social Care Levy was presented in a way that people mostly accepted its inevitability after the Covid crisis, but it’s still yet to be felt and that’s going to be the difference. The long lead time between its announcement in September and coming into force in April 2022 may have been tactically astute, but when April does come around people will quite suddenly notice what all the rhetoric around this year’s announcements means to money in their pocket.”

Gill Philpott, Tax and Trust specialist at Ascot Lloyd, also warns that Sunak’s commitment to reducing tax in this Parliament should be met with caution. It is not an infrequent tactic of governments to balance tax cuts by increasing tax take more strategically elsewhere. While capital gains taxpayers have so far survived a review by the Office of Tax Simplification, which alluded to aligning rates with income tax, capital gains tax could be targeted for relief restriction.

The impacts of inflation

Perhaps more to the point, there is more to feeling worse off than receiving lower income after tax. The elephant in the room – and indeed the elephant in Sunak’s Autumn Budget – is inflation, which hit 3.1% in September and is likely to rise to 4% over the next year, according to the Office for Budget Responsibility. While workers are likely to benefit from higher wages, which have already grown in real terms by 3.4% since February 2020, pensioners will feel the double whammy impact on their finances of higher taxes and dealing with a higher cost of living.

Partly the rising inflation is caused simply by the economy’s rapid rebound. Expected economic growth of 6.5% this year will return UK GDP to pre-pandemic levels by the end of 2021, before further growth of 6% in 2022. But Covid-induced supply shortages coupled with the continued hangover from Brexit and an energy crisis are also driving costs up. Following several decades of low inflation, it is wise to discuss with your financial advisor how the new landscape might impact your investment strategy. There may well be challenges ahead, but there are also opportunities.

While the Bank of England held interest rates at 0.1% last week, it is near inevitable that they will increase in the coming months, albeit from a record-low base. When it comes to property, this is of course likely to urge homeowners to fix mortgages on the low rates of today, but elsewhere it could also change a decades-long dynamic of avoiding holding savings in cash.

“Higher interest rates are attractive to savers because cash is worth more,” says Graham Bentley, Chairman of Avellemy. “Currently, from a retiree’s point of view, cash earns next to nothing. But clearly if interest rates do start to rise again, then cash may become more attractive versus what most people have been investing in for income, which is fixed interest. When interest rates rise, the price of a fixed interest security falls. That’s why we are seeing a lot of multi-asset portfolios with less exposure to fixed income.

They are worried about rising interest rates because they mean a guaranteed price fall for many fixed income securities.”

Other potential opportunities include lesser-known mechanisms such as the enterprise investment scheme (EIS), which offers tax reliefs for investing in small companies. Much was made in the Autumn Budget about the freedom of changing tax rules now the UK has left the EU, which limited certain tax breaks. The EIS is an obvious area for further reliefs while also encouraging investors to support smaller businesses amidst the continued economic rebound.

Change is afoot and planning ahead is the best way forward. Please contact your Ascot Lloyd independent financial adviser who can outline how the changing conditions affect you specifically, while working with you to identify and leverage the opportunities that are available.

Find out more about how we work with you