As I sit down at my desk to write, occasionally, it is difficult to bring something to mind to write about.

Today, as I reflect back on the time since the last update, it feels as though global financial markets have been more frenetic than ever as they attempt to predict and price in the future actions of Central Bankers and policy makers, particularly in the US and UK.

A useful habit, which is challenging to instil, and I must constantly work on, is to step back from the day to day news flow and try and see the bigger picture. As investors, we are all constantly bombarded with news and views from various sources, some credible, some potentially less so. This information overload can lead to confusion, fear and decision paralysis.

Inflation outlook is driving the markets

Attempting to ascertain the bigger picture this morning, I conclude that there has been one major driving force for market movements this year. Inflation. Indeed, in the updates I have written so far this year, inflation has been mentioned 71 times and only four articles have no mention at all.

Yes, there have been interesting/distracting interludes, such as the US debt ceiling (which has been kicked down the road to December), but the one constant throughout the year has been the “I” word.

I have discussed at length the outlook for inflation and the potential impacts that the outcomes could/might have on financial markets and so, I thought a brief recap might be useful.

Is inflation to be feared?

No, not unless it rises to a level where central banks are forced into a policy error.

Equities can continue to perform well in an inflationary environment, up to a point. Should inflationary pressures force central banks into raising interest rates too quickly then this can cause problems in markets.

In the UK we have heard prominent policy makers calling for interest rate rises to curb inflation, which is expected to reach 4% by the end of the year. However, there have also been some opposing views stating that an interest rate rise will do nothing to ease supply chain issues or stop energy prices rising.

Nonetheless. an interest rate rise may help stop high inflation expectations becoming embedded in the minds of the population. Perhaps not so for those who remember the inflationary environment in the late 1970s though.

Why has volatility picked up?

As markets have guessed and second guessed at where inflation might end up, and the subsequent actions of central banks, rotations in all areas of the markets have come thick and fast.

The chart below shows US cyclical companies (those who tend to do well when the economy is growing) versus US defensives, or value versus growth over the course of the year so far: 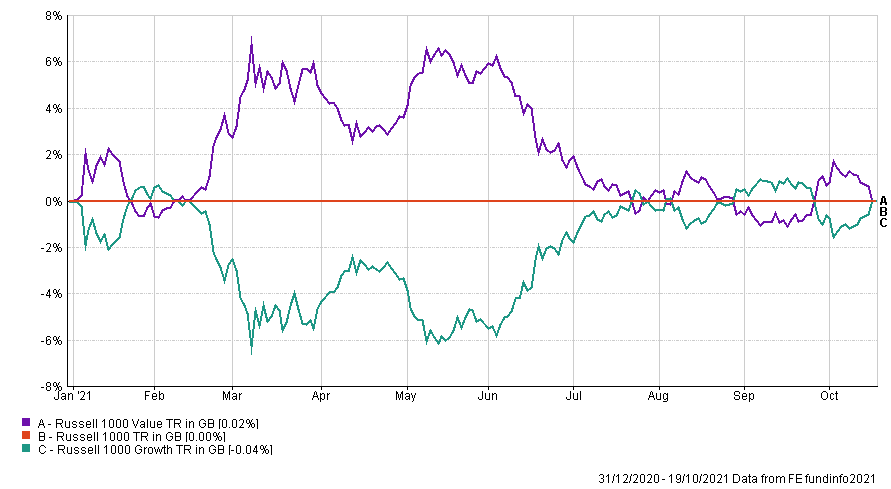 This shows the yield on the 10-year UK Gilt so far this year: 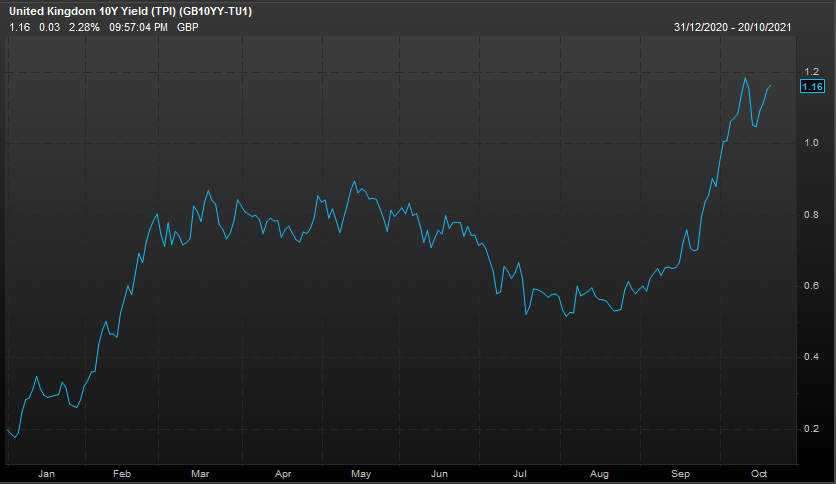 Finally, the following chart shows the Sterling to US Dollar exchange rate over the past year: 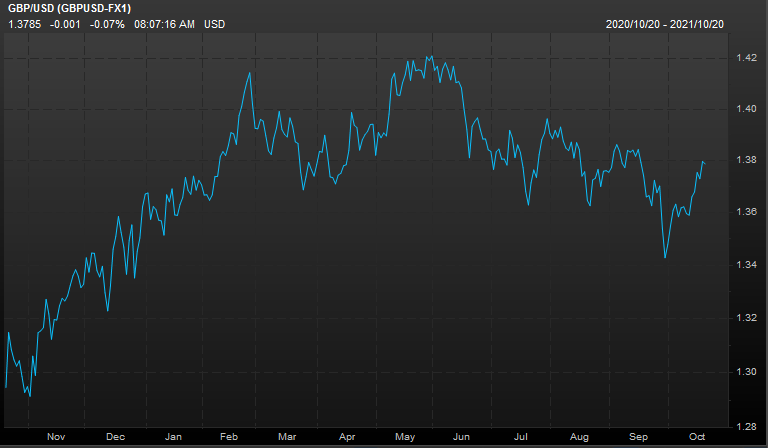 The future is unknowable

This seems patently obvious but there are always forecasters who claim to “know” where central bank policy, economies and markets are headed. Clearly, knowing the future is not possible but it is useful to remind ourselves of what we do, and do not, know.

The charts serve to demonstrate the point that we are entering a period of regime change for global financial markets. Markets have become addicted to the constant sugar rush of central banks pumping more and yet more cash into the financial system, which has propped up asset prices.

Exactly when central banks will start to remove support is not known. Most commentators agree that it will be soon and markets, as demonstrated above, have been struggling to price this in for most of the year.

Therefore, we do not know how financial markets are going to behave going forward. As participants have come to the realisation that the punch bowl will be taken away imminently, we can expect to see a continuation of the theme for this year; large and aggressive swings and rotations in the markets.

What we are left with amount to “best guesses” I’m afraid. Our best guess is that inflation will remain higher well into the 2nd half of next year but should ease as supply chain bottlenecks sort themselves out.

But inflation is a tricky phenomenon and honest economists will say that they don’t really understand what actually drives inflation. So, our best guess could be wrong.

What else do we know?

1: Well, we know that empirical evidence shows that a portfolio diversified across asset class, geography and style does improve risk adjusted returns over the long term. The portfolios we build are very well diversified indeed and we spend a huge amount of time ensuring that you, our clients, are not over-exposed to any one style or theme.

2: We also know that investing is a long-term endeavour and that attempting to time markets by moving 100% to cash and then back again is, more often than not, a destroyer of long-term returns.

3: We also know that times of uncertainty are worrying. If you are concerned, it is a good time to lean on your Financial Adviser or Investment Manager for their expert guidance.