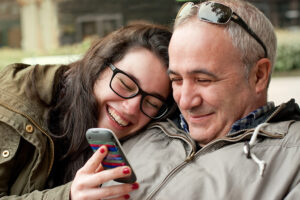 Protection insurance is not there to just protect your house. It’s there to protect your life and your family’s lifestyle. Nobody wants to engage with the thought of their own death, but some peace of mind can be gained by ensuring your family’s lifestyle and standard of living can be maintained. High income earners often feel that the assets and investments they have are enough but by reviewing a client’s lifestyle and analysing their outgoings it often reveals a shortfall.

One of my clients was in this very position, he approached me via email in mid-April and because of lockdown we have not yet met, all our dealings have been over the phone or via email. It became very clear early on in our initial conversation that he was a very successful chap with a basic salary of £175,000 and on target earnings of £500,000. He came to me as he wanted investment and pension advice but during our initial discussion, it became only too apparent that there were significant shortfalls in his and his wife’s protection which I felt needed to be addressed first.

Both he and his wife own several properties, their home is worth £2m with a £780k repayment loan and Buy to Let properties worth between them £2m and with interest free borrowings of £990k so total committed debt cost of £1,770,000.  They have 2 young children aged 3 and 1 and anticipate educating them both privately from the age of 4 to 18 years old, We arrived at projected costs of approximately £400k in total to put both children through school. These plans wouldn’t change if my client was no longer here. These would still need to be met.

His partner does not work and had no protection in place at all whilst my client has 4 x basic salary DIS cover provided by his employer or £700,000, and a decreasing term assurance product which currently has a sum assured of just over £300,000. So should the worst happen to my client the family would receive just over £1m. This would not be enough to cover his outstanding mortgage commitments of £1.77m plus the anticipated £400k in total to put both children through school. The family would also need monies to replace the loss of my client’s high earnings.

My clients were horrified when I highlighted the potential problems and we agreed to cover of £2m for him over a 20-year term. Whilst at the same time his wife will have a 20-year term assurance also, with a sum assured of £500,000.  The term will see the children through their education and their mortgages hopefully repaid. By arranging cover for his wife, my client is ensuring that in the event of her death, he can either employ someone to be there for the children or be there more himself without financial pressures.

Both plans are to be written in trust so that in the event of a claim the proceeds can be paid promptly to the surviving spouse. If my client and his wife were both unlucky enough to die together then the 2 claim values will be outside of their estate and they would not add to the Inheritance Tax bill. The peace of mind these 2 plans will bring to them is immense and the total cost will be less than £150pm. My client thinks absolutely nothing of putting far more than this into his pension each month but had not really considered his family’s position if he was not to make retirement.

Overlooking your protection requirements could leave your family vulnerable and exposed in the event of your death or if you were to suffer a Critical Illness. Please ensure that you discuss this with your financial adviser at your next review or earlier if you are particularly concerned.