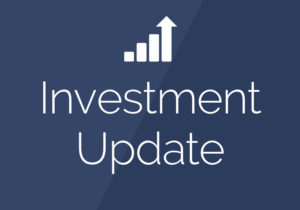 The past two weeks have seen a huge effort from central banks from around the World to lessen the long-term economic impact of the pandemic and reduce the significant pressures on financial markets. This has been through the reduction of interest rates, which now stand at 0.10% in the UK, and the restarting of Quantitative Easing (QE) programmes amongst many other measures. This monetary easing has the effect of pumping vast sums of cash into the financial system in an effort to keep them functioning as they should. The early indications are that these are having the desired effect.

However, monetary policy can do nothing about the halt in demand from business and consumers as they effectively shut down due to the social distancing measures now in place around the World. To try and ensure that demand is deferred, rather than lost entirely, and to help economies restart quickly once the pandemic subsides, Governments have embarked on massive fiscal easing measures designed to put money in the pockets of businesses and individuals. Here in the UK, the Government has announced roughly £330 billion of measures to help companies and households stay afloat. In the US the number is a staggering $2 trillion, or nearly 10% of GDP.

The markets have taken these measures very positively and have rallied strongly, with the S&P 500 up some 21% over the past three days, despite jobless claims in the US coming in at 3,000,000 yesterday. To put this into perspective, the previous record was 862,000 in 1982.

And therein lies the rub. We still have only the earliest indications of how badly the global economy will be affected by the pandemic. A recession is now inevitable, and the question is now whether politicians have done enough to stave off a depression. We believe that they have and that we will see a recovery in the second half of the year, provided the pandemic begins to subside in the next couple of months.

A short recovery after such a violent sell-off in equities in not, historically, unusual. However, the Committee, would caution against over-optimism at this stage. Financial markets could come under further pressure as the scale of economic damage becomes more apparent and so we would not be surprised to see Global indices retest their recent lows.